Do you want something refreshing and exciting? Join SWIZZLE Mobile Bar's Photo Contest!

Contest Mechanics:
*Send your best "Swizzled/out of your mind photo" with the funniest caption you can think of and win a party for 50! Use this link to send your entries.
*Relive the magic all over again and take more pictures of a night you will never forget.
*You can submit multiple entries and the end of submission  is on March 7, 2012 at exactly 11 pm.
*Then you and others can vote for your favorite entries, and from those entries, they will pick 1 grand winner  and two runners-up. 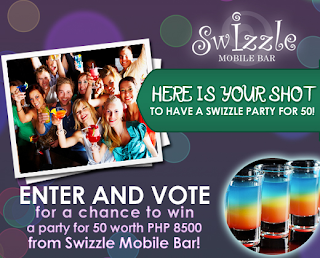 Important Reminders:
To join the contest, you must be at lease 18 years of age.
You cannot submit multiple votes. Only one vote per person will be counted.
Obscene, provocative or  questionable content will not be considered.

By joining the contest, participants agree to have their names/entries displayed on their website and be used by their team for any purpose for free. 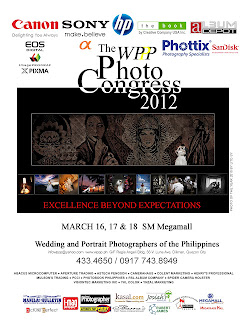 “Every father should remember that one day his son will follow his example."
-Anonymous

At a young age, Bogs Ignacio found his great love for wedding photography. He was greatly influenced by his father Danny Ignacio, the owner of Vignette Photography and one of the veterans in the local wedding industry.

With these extraordinary achievements, he was chosen as one of the youngest speakers of The WPPP Photo Congress 2012 which will be held on the March 16-18, 2012 in SM Megamall.

To all photo enthusiasts, be inspired by this young yet brilliant wedding photographer. To learn more about Bogs Ignacio and his works, visit and see him at The WPPP Photo Congress 2012!

Gil Macaibay III is considered as one of Cagayan de Oro's most bankable wedding gown designers. He is also fearless when it comes to conquering bigger avenue for  fashion and glamor - the national stage. This is evident when his design was one of the creations worn by GMA artist Heart Evangelista for the February 2012 issue of Sense and Style magazine. Patience, continuous research and loyalty to his craft are the strongest elements  behind his success in the industry.

Announcing the biggest cash raffle in the wedding industry ever!  P100,000 cash prize will be given to a lucky on-the-spot booking couple or debutante at Weddings & Debuts 2012 Bridal Fair! 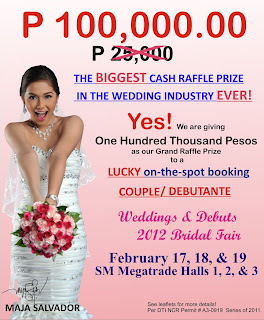 Every P2,000 worth of on-the-spot bookings will entitle you to 1 raffle ticket.  Book on the Bridal Fair's first day, Friday, February 17, and get double the number of tickets for double the chance to win!  Plus, Friday bookers will also get an extra chance to win any of three (3) P10,000 cash prizes!

If you have previously made a booking with one of the exhibitors, simply make additional payments during the Bridal Fair at the Bridal Fair venue to be eligible to join the promo! 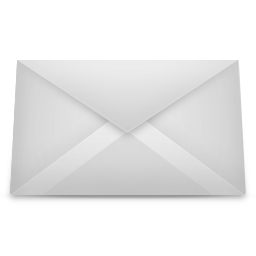 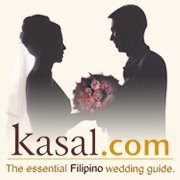 Kasal.com provides lists of wedding suppliers from all over the Philippines as well as wedding ideas, destination weddings, wedding articles and wedding promos.